Bhangra in St James’ Palace : The Prince of Wales Reception to Mark Vaisakhi 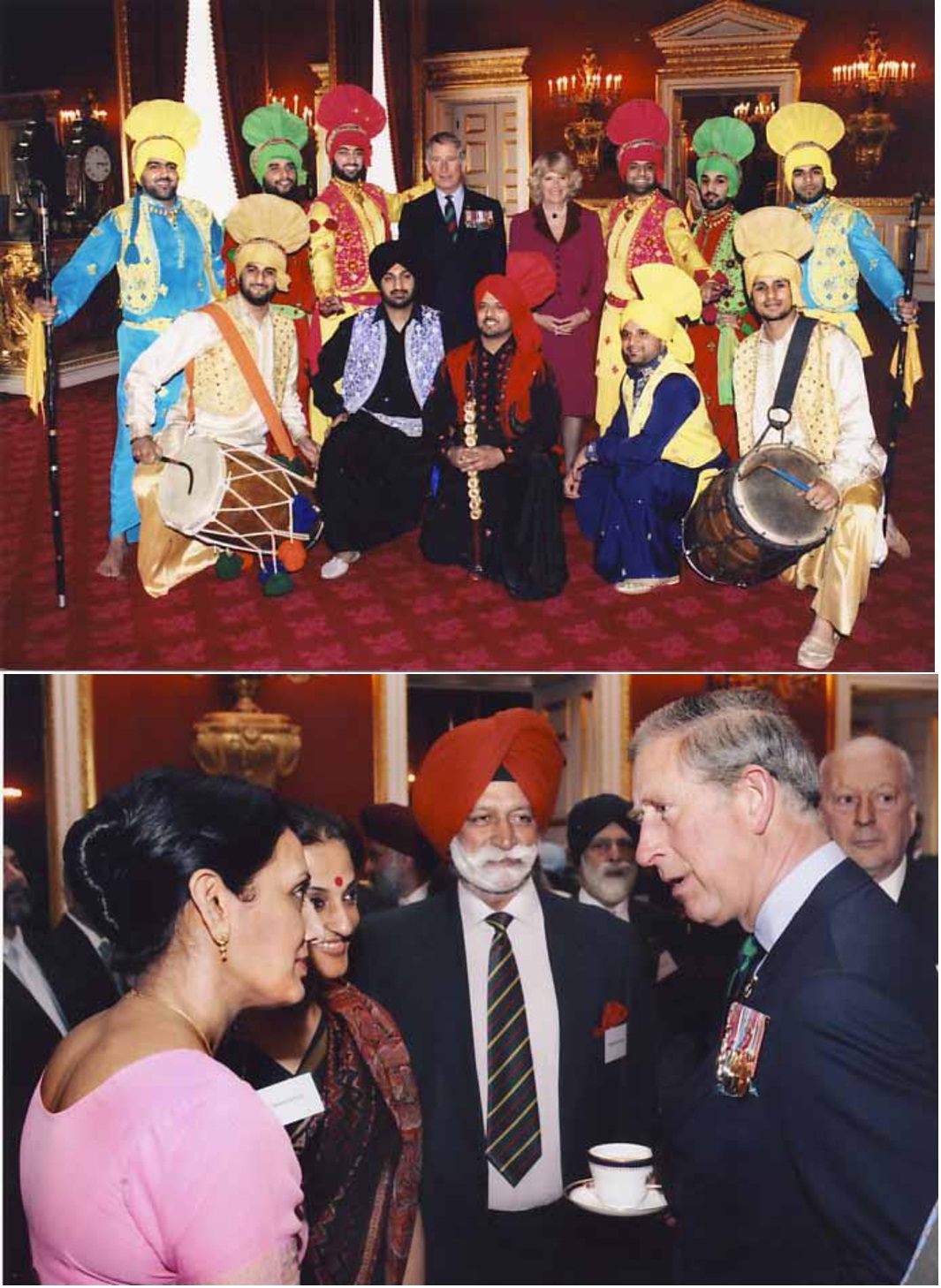 Speech by HRH the Prince of Wales

I must say that I am enormously grateful to Harbinder Singh, for not only his marvelous works – I always enjoy listening to him because I learn a great deal from him about the great history of the Sikhs – but I am particularly grateful to him for having helped put together such a marvelous gathering of the Sikh community here today.

Harbinder and I are very keen to find a way of helping and celebrating with all of you, or at least with some of the Sikh community, the Festival of Vaisakhi and it has been an enormous pleasure to welcome all of you here, some of whom I know we have met on previous occasions. I was so pleased to hear about the plans to build two new Gurdwaras, one in Leamington Spa and one in Gravesend, and I have received many invitations to come and open Gurdwaras to attend various celebrations; whether I can manage them all, I am not sure.

But nevertheless, I have been so impressed by the way in which the Sikh Community raises money and does so many remarkable good works all over this country. More than anything, I am particularly grateful to the “Gabru Punjab de” dance troupe for their marvellous assistance in helping to make the celebrations even more special. As Chairman of the Royal Collection’s Trust, I must admit to a certain amount of anxiety at one point that a sword or two might go through the painting behind the stage – but fortunately not! It was wonderful to see their performance. My wife and I were slightly disappointed that there were no further demonstrations of sword wielding skills such as we saw a year or so ago, but I am not going to volunteer to place a melon on my chest!

Picking up on what Harbinder was saying, it is absolutely true that this is why it is so important to help you celebrate some of these great festivals of your Community. The United Kingdom owes an immense debt of gratitude to the courage and sacrifice of Sikh soldiers and this, of course, is most famously exemplified in the purely appalling conditions of the First World War, and later in Asia during the Second World War. One only has to visit the immaculately maintained Commonwealth War Grave Commission Cemeteries in Flanders or in Rangoon, Delhi, or Singapore, to see the scale of this sacrifice and, symbolically, to see Brothers-in-Arms who fell together, at rest together.

Their acts of courage and heroism have enabled four generations to live in peace in Europe and, from that point of view, it is the greatest privilege and pleasure, as far as my wife and I are concerned, to have representatives from the old Sikh Regiments here, those British Officers who served in those Regiments with us here today. There aren’t, I fear, very many left, but to enable us to pay a tribute to them today is something very special, particularly, when I think that the Sikh Brigade Association was established in 1948, exactly the same age as I am now.  So I feel a slight affinity in terms of the fact that it is their 60th anniversary too!

I think many of you will know that for a long time I have had the greatest admiration for Sikh martial traditions and can hardly believe it is now six years since I inaugurated the “Jawans to General” touring exhibition which, with the “Portraits of Courage” lecture series at the Imperial War Museum, did much to raise public awareness, but also, I am so pleased that we were able to include a visit to Anandpur Sahib, the site of the initiation of the Sikh Khalsa in 1699 during our most recent visit to India two years ago. That was, indeed, a very special occasion for both of us. The generation present today, and especially its values, stand I think as an exemplar for present and future generations. I did just want to take this opportunity to commend the work of the Maharajah Duleep Singh Trust and the Anglo Sikh Heritage Trail in

ensuring that these values are properly understood, and disseminated.

While Sikhs are rightly known for their soldiering skills, you are only slightly less-known for your skills as “stewards of the soil”. As Harbinder Singh was mentioning, of course this is the festival of Vaisakhi which celebrates harvest and man’s connection with the soil, man’s relationship to nature, which you probably know I feel very strongly, in this regard, that we are losing our sense of harmony with nature, and the world around us, which is causing even greater problems as far as the survival of this planet is concerned. But I have long been fascinated by these farming traditions and, therefore, I could not be more delighted with my Bhumi Vardaan Foundation, which I started two years ago in Punjab, is promoting organic farming and the conversion of farming land to an organic system across the Punjab. We now have some 2,600 hectares either converted or under conversion and the farmers receiving a premium. I am enormously proud of being able to make a small contribution in this area to this remarkable part of the world.

So Ladies and Gentlemen, nothing could give my wife, nor I greater pleasure than to be with you today, and I can only salute the Sikh Community, particularly on this special occasion of Vaisakhi.