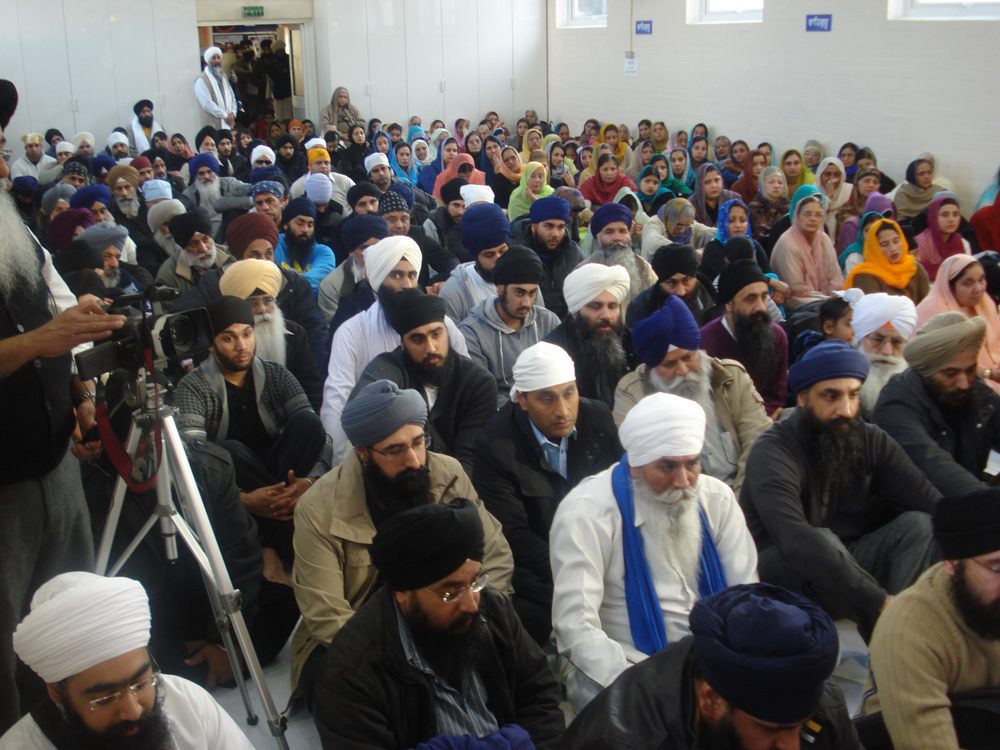 In his prolific writings, Dr IJ Singh has drawn attention to a very vital issue of Sikhism and re-structuring. The training, employment and wages of Granthis have been neglected for far too long.

Any type of training, more so of Granthis or Katha Vachaks, requires a professional approach, to ensure consistency of quality. This quality is achieved by building a body of knowledge, careful training of people in that knowledge and then requiring aspirants to show diligence in that knowledge.

Unfortunately, there is no widely agreed curriculum for the Sikh preachers (Granthis or Katha Vachaks); their training is brief and slipshod, criteria for passing examination non-existent. Majority of the persons opting for this cadre of Sikh preachers are educated hardly above the secondary level, having poor communication skills, lack of missionary zeal or ambitious career aspirations.

Although a number of Sikh Missionary Colleges have come up in the Punjab during the last decade, there is neither any common syllabus nor fixed duration of training nor even standard examination system. There is no minimum eligibility criterion for teachers. There is no Sikh institutional body for proper gradation of their performance.

I recollect that in the pre-partition days there were examinations conducted by the Punjab University of Lahore in Giani which was equivalent to graduation in Punjabi. There were two lower exams, Budhimani and Vidmani. No one was appointed even an assistant Granthi unless he was at least ‘Giani Pass’.

Unfortunately, things have steadily declined since then. The Shaheed Sikh Missionary College at Amritsar, established by the SGPC, came into being for training of Granthis and Kirtanias, buthas remained a neglected institution. The number of trainees and facilities has remained the same over the last eight decades. Regrettably, little attention has been paid by SGPC or its Dharm Parchar Committee towards this vital issue.

Lack of proper training and knowledge of Sikh scriptures and Sikh history of our Granthis is clearly evident. Three distinct incidents come to my mind which expose the utter inadequacy of the prevailing system of conducting the daily service in our Gurdwaras today.

First, it was the post 9/11 assemblies for prayers for the departed. One such function in Markham (Toronto) was organised by the City’s Municipal Corporation. Representatives from all the religions had been invited and asked to speak. Whereas the representatives of Muslims, Hindus, Jews and Budhists, made very impressive well prepared speeches in English followed by short few rods of prayer, our religious representatives (the Granthis) recited the typical Ardas in Punjabiwhich had no impact on the mixed audience and left no impression whatsoever.

Another perhaps typical example is about two young men, who visited their Gurdwara regularly with their parents since childhood. The boys grew up and soon joined University, necessitating their stay in hostels, coming home on some weekends. Otherwise they would stay on in their hostels, completing assignments and enjoying themselves with friends. One Sunday, when one boy came home, he told his mother “Mom we know Guru Granth Sahib is our Guru and we go to the Gurdwara only, but twice I have gone with my friends to the Mandir and have learnt something on each visit; whereas in the Gurdwara we do not learn anything”. The entire programme is in Punjabi only.

Other religions have made appropriate changes with the times. Their priests are well-educated, qualified to take questions from the audience and communicate with them in English in a rational manner.

Another incident depicts that state of our so-called Missionary Colleges. A few years ago, newspapers reported a strike in a Missionary college. The boys had complained about the poor quality of food and their being sent to people’s homes to do Akhand Paths, instead of attending classes. The money from Akhand Paths went to the college authorities.

All these incidents are self explanatory and highlight different aspects of the problem. What is the way forward ?

For good Sikh preachers (Granthi or katha vachak) today, the following should be the minimum criteria :

A Christian Missionary takes 8-10 years of hard study and training before he is ordained as a priest in a church. With us Sikhs, anyone can become a Granthi, without any orientation training.

When one speaks to some of them on the subject of their training, a usual answer is that he had this bent of mind since childhood, came into the sangat of so and so Baba ji and it is with  Babai ji’s blessings !

One had hoped that with the establishment of Sri Guru Granth Sahib World Sikh University (SGGSWU) at Fatehgarh Sahib, most of these adequacies would be addressed, but I was regretfully mistaken. Though the SGGSIS University is being funded solely by the SGPC,  which is in fact the Sikh Sangat itself, its functioning is just like any other Indian University.

A review of the departments at the University will prove my contention. Hereunder is the information as obtained from the website of the University. These are:

Of the nine schools, only one deals with Guru Granth Sahib Studies, the other eight departments could well as be part of any other university in the country !

Then why name it as Guru Granth Sahib International University and why is it funded by the SGPC i.e. Sikh Sangat? The university could well be named as ‘Fateh Garh Sahib University’ just like any other university of the Punjab, funded by the Government of Punjab.

In my humble opinion, SGGSIS University should have the following schools, if it is to serve the desired purpose.

Today Ph.D. research on Sikh religion is being done by many scholars in different parts of the world. This research work is being done under teachers and evaluators who do not fully understand  the Sikh faith or the Gurbani enshrined in SGGS. This should provide an opportunity for proper research under learned scholars.

The need for comparative study of different religions, particularly by Sikh scholars and Granthis cannot be over-emphasised. If we want to establish our presence (Pehchan) in the world, our scholars have to be competent enough to take part in world religious meets and conferences and be capable of having meaningful, persuasive and convincing dialogue with all others, based on Gurbani.

School of Translation of  SGGS in all world and Indian Languages

The world is now is a global village. The message of universality, diversity and oneness of the creator and equality of human race enshrined in SGGS can only be spread if we have SGGS translated into all major languages of the world. This is a major but most essential task for missionary work. Also, to evaluate exiting English translations on an accepted theological (Bhav meaning) form is required.

Firstly, there is need to have a top class Sikh Missionary college, which can meet requirements of the Sikh Faith, both in quality and quantity. The admission criteria should be at least a graduate with four years of extensive study and training programme in Sikh theology, Sikh ideology, Sikh history and pedagogy.

Secondly, a central affiliating body should be entrusted with the responsibility of coordinating the working of all existing Missionary colleges, to bring them at par with the desired knowledge base, admission criteria, duration of training, testing, evaluation and certification.

The school should have facilities for study of different languages. It will prove an important link with schools like that of translation and missionary training. From the time of Guru Nanak (1469 AD) to 1849 or till the time British rule was established in the Punjab, official language of Punjab was Persian. In other words all the Sikh history as recorded by court recorders or other authors is in Persian. For proper missionary activity, this school should impart multi-lingual training to the incumbents.

The SGPC was created in 1925 “for efficient management of Sikh Gurdwaras and propagation of Sikh Religion”. It did a wonderful job for the first 25 years. Thereafter, it started getting politicised, to the detriment of its main charter. For the past half a century, it is being called the “mini parliament of Sikhs”. Its members are mostly budding politicians with little or no knowledge or interest in Sikhi or its well being or its propagation.

No wonder during elections to the SGPC today, various corrupt practices as prevailing in the national polity, including muscle and money power, alcohol, drugs and other conceivable unethical and immoral practices are being resorted to win elections at any cost. Candidates are selected on the basis of their “winability” rather than on the basis of a good moral character and Gurmat orientation.

Under such circumstances, most gurdwara management has gone off on a tangent : instead of being centres of Gurmat, learning they are, becoming centres of karam kinds. A good training programme for gurdwara managers and research in the field may help us reverse the situation.

There are too many imaginary (Man-Gharat) stories associated with lives of Guru Sahibans. It is very important is separate facts from mythological fiction. This school has its work cut out !

School of Communications and Multimedia

As mentioned earlier, communication skills are very important for an effective missionary. Media is an efficient and effective tool, use of which by Granthis must be introduced.

There can be many other ideas and suggestions. The main point is that the SGGSW University should work for the advancement of Sikh thought and theology. Merely naming the University after Sri Guru Granth Sahib does not serve any purpose.

All training bears fruit only if it is utilised, that is once those who pass out from these institutions are correctly employed. The SGPC should revert back to its practice of employing as preachers (granthis or parcharaks) from among those who have proper training and certification.

Proper career advancement, respectable wages and commensurate perks must be worked out and implemented for those joining this career.

To conclude, preparing a well-trained cadre of Sikh preachers with a sound professional training and qualification, proper placement, adequate wage structure, respectable service conditions is utmost need of the hour if we wish to have proper preaching and propagation of Sikh religion within our own community – as well as the world at large.