Meeting of Hearts – Opening of the Kartarpur Corridor 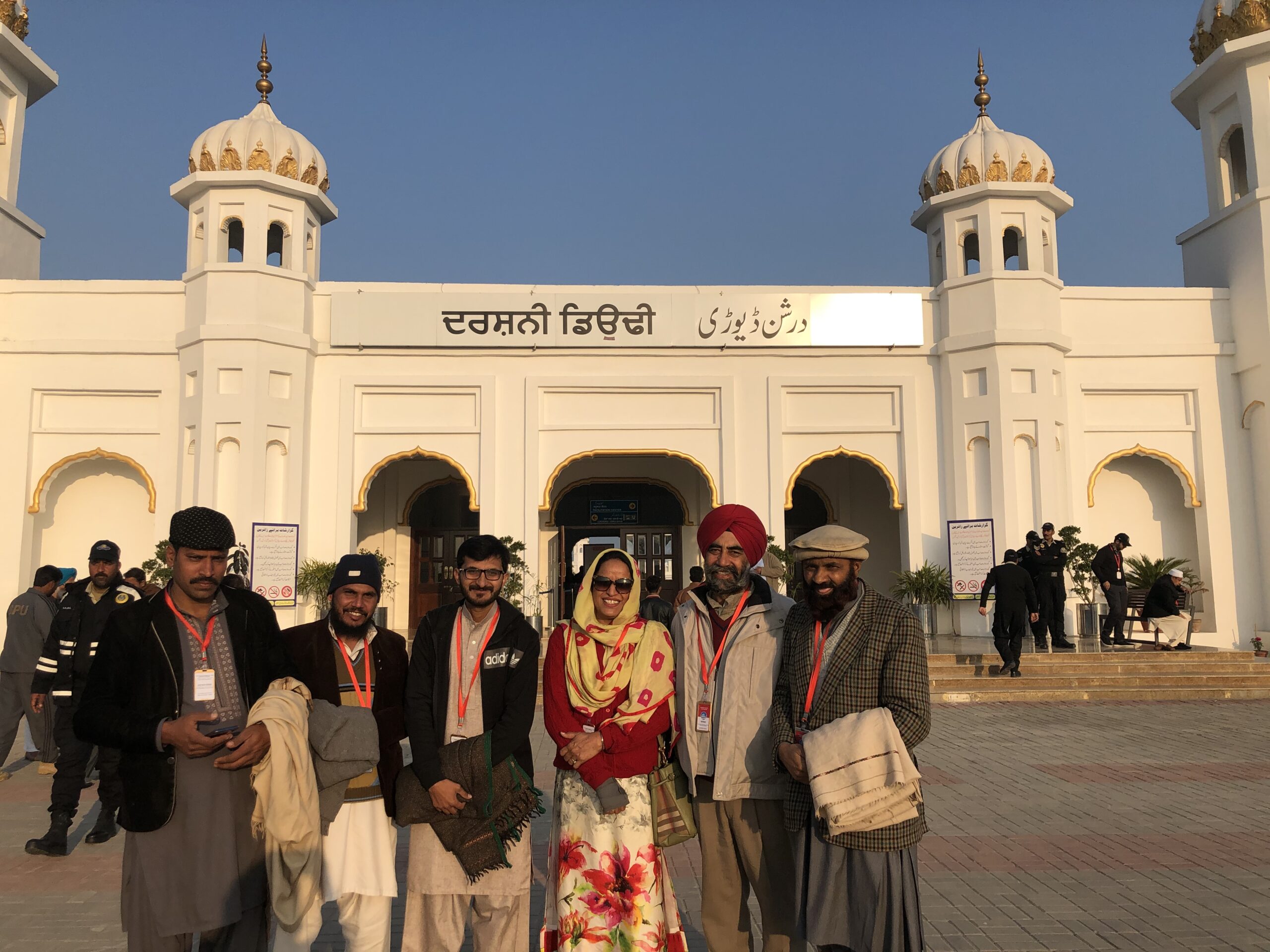 Kartarpur Sahib is where Guru Nanak settled for the last 18 years of his life, the place where he founded some of the basic tenets of Sikhism including communal meals (pangat) and spiritual fraternity (sangat). It is believed that upon his passing, both Hindus and Muslims claimed him as their own, but the next morning his body was gone and the funeral sheet was instead divided in half between the two communities – one half being cremated and the other half buried close by.

The Gurdwara at Kartarpur Sahib is situated amongst the fields that Guru Nanak ploughed and marks the location where his last rites took place. After the  Partition, when the arbitrary drawing of the Radcliffe line resulted in the Gurdwara falling in Pakistan, Indian devotees would gather on Indian side of the border to catch a glimpse of it through binoculars. The opening of the Kartarpur Corridor, therefore, holds great significance, especially for the Punjabis.

One can also accept that opening of the Kartarpur Corridor serves for political ends on both sides of the border; but the complete and utter joy amongst the common people cannot be ignored:  there is an excitement, a celebration in the opening of this short corridor in the middle of over a thousand miles of an electrocuted fence, guarded 24×7 by heavily armed troops. A reaching out, a shaking of hands, a making of peace that had been 72 years in the making, the Punjab has been ready to move beyond the Partition for a while and finally this opportunity has come that has such immense potential to ‘break the border’ for all practical purposes.

I first visited Kartarpur Sahib in February 2020, while on a visit to Lahore for a wedding. We had visa permission to visit it from the Pakistan side and so did not travel through the ‘Corridor’. This allowed us to stay at the Gurdwara beyond sunset, late into the evening. The experience was one that will stay with me forever. Most Gurdwaras in Pakistan are quiet places, with entry prohibited to non-Sikh Pakistanis and only small groups of non-Pakistani Sikhs visit them once in a while. Most of these Gurdwaras that hold so much historical and emotional connection for Sikhs, resplendent with crowds less than a century ago and now lie empty and desolate. Since opening of the Corridor, Kartarpur Sahib is an exception – joyful crowds of Pakistanis and Indians intermingle in a manner unimagined perhaps even by the governments when they agreed to this Langha.  People on both sides of the border have for so very long wished to visit their old villages, to meet someone, anyone, from there, get some news and  so until the visas get easier to obtain, Kartarpur Sahib is a place for meetings and friendships.

As soon as we reached the Gurdwara and were waiting for our dispersed group to gather, Shaukat Ali who was visiting from Gujranwala walked up to us, asking “Saaday pindon vi koi aaya”? (“Is there anyone here from my village too?”). Shaukat Ali was from Karnal and Ambala until the Partition forced him to leave his home and he came looking for the opportunity to rebuild relationships and connections with the lands left behind. He was not the only one. As anyone visiting Kartarpur Sahib will testify, Pakistanis and Indians want to talk with each other, take photographs and hopefully, meet someone who comes from or near their ancestral village.

For Punjabis, who face the brunt of any war or breakdown in diplomatic relations, the Kartarpur Corridor represents the chance of a peaceful future and has given rise to the hope of more lenient visa regimes and easier travel between the two countries. For both Punjabs, the dividends of opening the borders are high – socially, culturally, historically – as it would not just recognise our shared heritage, but it also makes sense as a purely pragmatic decision, that of opening trade through the Punjab border would result in financial advantages for both sides. The Kartarpur Corridor shows that if the governments’ were so inclined, nothing is impossible. Until then, this Corridor demonstrates the untapped potential of Punjab.

Ravinder Singh Robin, an Amritsar-based journalist, who traversed the 4 km journey to Kartarpur Sahib from Dera Baba Nanak via the official shuttle, recorded and shared his conversation with his shuttle-driver, Saddam Hussein. In the video that went viral, an emotional Hussein exclaims, “I don’t know if you have felt the happiness as much as the tears of joy that I have shed! You have come home here; you have come to your Guru’s home. Allah knows, I am feeling the same way as I do when we go for Hajj. You have come here, Mashallah, the same way. I swear, I cannot believe it…what should I say. I have no words, Mashallah, I am so happy. Punjab has become one again, in a way. May Allah keep you happy like this, may you keep visiting like this. Our arms are always open to welcome you whenever you come.”

There is such beauty and truth in the words of Saddam Hussein. May his words ring true forever. May the relationships built today, be for always.

Article and images by

The separated twins of the sub continent

The tale of two mirages: Lahore and Amritsar

The separated twins of the sub continent