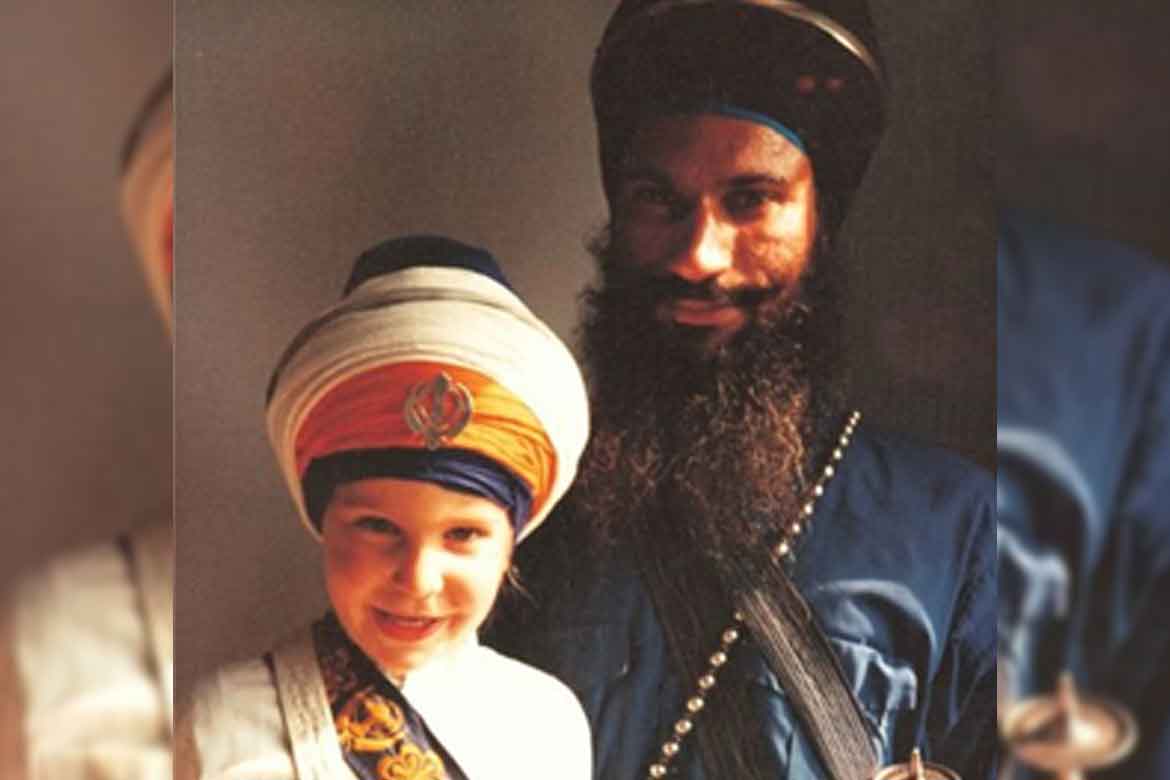 S Harbhajan Singh Sapra, now in his 81st year, has written this piece for the next generation of youth, his desire being to present the vitality of Sikhism to those in modern times educational institutions, in India and around the world.

Sikhism is the youngest and the most visible amongst the world’s religions, but is not a passive faith. It advocates active participation of mankind in the process of transformation to a better Society.

The Sikh religion has evolved from the simple but saintly-life essentials of the Ten Sikh Gurus who dedicated their lives to the wellbeing of humanity without distinction of colour, caste, creed or religion.

The Ten Gurus successively were

Reverence to the Eternal Guru

Revelation in Sikhism is truly unique, the theory of incarnation being completely rejected. No Sikh Guru claimed to be an incarnation of God, but preached that there is only One God (Ek Onkar), present everywhere in everyone throughout the entire universe.

In Sikh philosophy every human being could have direct link with God through recitation of the Divine Name: Bani (Hymns) is Guru and Guru is Bani.

The Sikh Gurus lived normal lives of the householder and were treated with great reverence for their preaching. People turned to them for guidance, following their simplicity, love, wisdom and moral piety. Guru Nanak Dev ji preached his gospel at places which became known as Dharmsals, where his followers would gather to listen to his discourses on the new faith. The institution of Sangat (people assembled for meditation and listening to hymns) and Pangat (devotees seated on the floor), food from the community kitchen (langar) originated at these Dharmsals.

The Dharamsals became to be known as Gurdwaras which emerged by the seventeenth century as a new edifice on the Indian religious scene. Gurudwara became manifest symbol of the Sikh Faith, with indefinable spirit imbibed by millions of believers.

Devotees gather at Gurudwara with great devotion, to hear recitations from Sri Guru Granth Sahib Ji, listen to Shabad Keertan (soulful recitation of hymns rendered in classical style – accompanied by musical instruments) throughout the day. The Sikh Faith invokes humanity to “recite the name of God, work honestly and share their earnings with the less privileged”.

The Fifth Guru Arjan Dev ji chose the hymns of his predecessors, hymns of Saints

(Bhagat) of different religions of similar belief and compiled a Granth (Pothi Sahib) which was installed at the Darbar Sahib, Amritsar in 1604 AD. Baba Buddha ji was appointed as first high priest by Guru Arjan Dev ji, who himself sat on the floor with utmost respect and recited hymns with the congregation.

Completion of Pothi Sahib was done by Guru Gobind Singh ji,  including also hymns of the 9th Guru, Tegh Bahadur Sahib ji. This compilation of 1430 pages was to be known as Guru Granth Sahib ji. In 1708 AD, Guru ji ordained His Sikhs to “Recognise and adopt Guru Granth Sahib ji as the Living Guru from hence to eternity.” Further, “consider the Guru Granth as representing Body of the Guru. From now on, all those who wish to connect with The Guru, find the way in hymns of Guru Granth Sahib ji.”

Extreme humility is dominant theme of all Sikh Hymns. All Ten Sikh Guru’s abhorred the three evils of Greed, Worldly Attachment and Ego.  Guru Gobind Singh ji created the concept of Panj Pyaray (Five Beloved ones) and formed the Khalsa through the baptism  ceremony (Khanday Bata Di Pahul – Amrit) at a congregation of 80,000 Sikh faith followers, at Anandpur Sahib in March 1699.

(painting from Central Sikh Gurdwara Board)

Guru Gobind Singh ji then requested these five Singhs to serve Amrit to him, as their first disciple. The Guru thus passed on Guruship not to another individual but to corporate body of the Sikhs (Five Beloved Ones), as Guru Khalsa Panth. Tenth Guru himself become the first member of the body. The miracle had happened: people divided as Hindus, Muslims, low caste and ‘high caste’ became united as one Brotherhood, that of the Khalsa.

The social revolution started by Guru Nanak Dev ji had achieved its aim. Those who took Amrit from the same bowl, were resurrected as Sant Sipahis  (Saint Soldiers), to serve society without distinction.

Guru Gobind Singh ji gave the unique, distinguishing identity to Sikhs, naming the men as Singhs and Sikh women as Kaurs. Guru ji asked them to adorn turbans, giving them both dignity and differentiation.

The Sikh religion invokes blessings of the One God for entire humanity and in the daily invocation, prays for all in the world, Sarbat Da Bhalla.

Swami Vivekanand: Guru Nanak was born in the sacred land of India. He gave a message of love and peace to the entire world and preached this throughout his teachings. He had affection for every one and his arms were always outstretched as if to embrace the entire world. There was no difference between a Hindu and Muslim for him: he was the common Guru to all.

Dr BR Ambedkar: Sikh religion is the spiritual home for all those who desire to live in peace, with respect in the world.

Dr Sarvapalli Radhakrishnan: Guru Nanak tells us, to have no feeling of enmity for anyone. God is in everyone. Forgiveness is love at its highest; where there is forgiveness, there is God himself.”

William Warbert: The feeling that “No one is my enemy and no one is a stranger”, is

wonderful ! That one gets along with everyone (SGGS Page 1299) has been infused in the heart of every Sikh by their Guru.

Acharya Rajneesh ‘Osho’: Sikhs are the most beautiful people, perhaps in the entire world. The only community one can rely upon in our country, are the Sikhs. Most trustworthy, reliable, simple, courageous, and unafraid of anything.

Historian Falcon: The Sikh remains the same under all circumstances. He is strong, intelligent, and sober by nature. He is a highly diligent, dauntless and a wise human being. Not bound in the chains of casteism, he has a loving attitude towards all.

Dorothy Field: Pure Sikhism is far above any Hindu rituals, having a distinct place as one of the world’s important religions – as long as Sikhs maintain their distinctiveness. Judged from the pragmatic standpoint, Sikhism ranks first in the world.

Qazi Nur Mohammad: The valour of Sikh soldiers and their courage is undisputedly outstanding. What is extremely significant is their conduct towards the vanquished: for the Sikh soldier, there is self-discipline and ethical values even in victory.

HL Bradshaw: The proximity of this religion (Sikhism) with science, is yet another imperative that this faith must be the way for future generations.

Sri Ravi Shankar: Sri Guru Granth Sahib ji must be taught to all children, not only in India but throughout the world.

Pandit Madan Mohan Malviya: Every Hindu family should have at least one child as a Singh, one who can take care of this world, our family.

Milton Friedman:  Sikhs not only provide food for India but protect the country. They played a major role in securing India’s freedom. If India comes under the authority of Sikhs, the problems of degeneration and poverty will be resolved, the fear of any foreign invasion will cease to exist.

Bertrand Russel: If some lucky men survive the onslaught of a Third World War, the world devastated by nuclear bombs, the Sikh religion be the only guidance for mankind into the future.